Beginner chicken breeds and ones to avoid 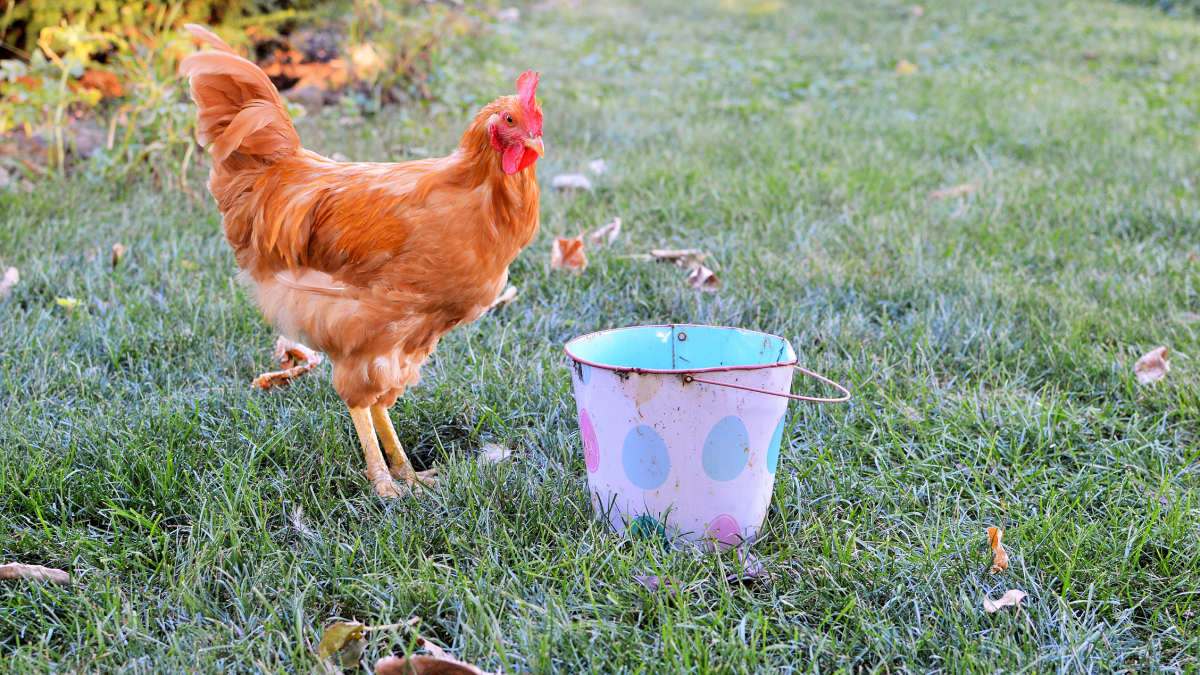 Spring, Easter, and chickens go together!

Hey there fellow homesteaders. Spring is just around the corner! Which means, chick season!
I have been getting a lot of questions from people about what chicken breeds to raise and which ones to avoid. I’m really excited that a lot of new people will be first time backyard chicken raisers this year!
Before I get into different breeds, another frequently asked question people are wondering is, “How many chickens do I need?” Really, that depends quite a bit on how much space you have and how much output you want in terms of both cost for yourself and eggs from the chickens. Obviously, the more chickens you have the more you are going to spend in feed as well as potentially other items like housing and bedding.
There seems to be a conventional wisdom , at least where I live, that six chickens is ideal. Again, it goes back to space requirements that you have, as well as the number of eggs you go through in a given week, and also the breed of chicken that you have, because certain ones will be more prolific layers than others.
If you have bantams, for example,  they’re smaller and take up less space than most standard breeds.  So you can typically fit more bantams in a smaller space and you’ll use less feed per bird.  Just know, however, that bantams lay smaller eggs, so you might need more eggs to make up for the depleted size.
Best Breeds for Beginners
I get asked a lot what breeds  are best for beginners. I think if you are just getting started in chickens, it’s wise to have at least one hardy breed that lays well. The Australorp tops the list for egg production and checks the categories of even-temperedness and adaptability. However, it is one of many breeds that is potentially suitable for new chicken owners.
Now if you are familiar with this site, you know that I am I am enthusiastic about heritage breeds. These are the breeds that our ancestors and the pioneers would have had on the homestead. They tend to be robust, well adapted to a variety of climates, great foragers, and less prone to disease.  They are able to breed naturally without artificial insemination (which means their body structure is also natural).
Your typical supermarket chicken that you buy for consumption is a Cornish Cross, which means it is a hybrid bird that cannot reproduce naturally and is not a product of nature.  The Cornish Cross is unnaturally top heavy because it is bred to have a disproportionate amount of breast meat.  And if you ever picked up a Cornish Cross, you know it’s actually hot to the touch. This is because of their amped up metabolism. They are bred to grow very quickly and therefore their muscles often outgrow their internal organs leading them to die prematurely if they aren’t butchered first.
I have raised Cornish Cross before, and I do not plan to do that anytime soon. Again, I really want to invest my resources, including my time, in reviving our heritage breeds – and to be honest, I just didn’t care for the taste of the meat produced by the Cornish Cross. I didn’t think it was all that marvelous.
As far as laying hens to avoid, I can’t say there’s a particular breed I would discourage people from getting, except to say that some can be a little more problem prone, so you just have to know what you are getting into. For example, a neighbor gave us a silkie and she was pretty and also a wonderful mother. She successfully raised seven chicks to maturity, and we really liked her. However, she was not very bright (for chickens, this is saying something!) and when it was time to free range, she could never find her way to the door. So unless I personally escorted her, she just would stay in the pen and pace and watch everyone else out scratching and having a good time. She was also very docile after her maternal instincts wore off, and so she got picked on a lot by the other hens. And, I didn’t know this when we were gifted her,  but silkies are predator prone. We think it was a fox that got her (and her alone) one evening.
Other breeds such as the Polish  are just hilarious to have in your flock for their looks, Just know that they are very flighty and so if you have kids or you want to cuddle your chickens, they’re not the greatest pets in that sense. But they’re a ton of fun to look at and they are decent egg producers, laying a medium-sized, smooth white  egg. 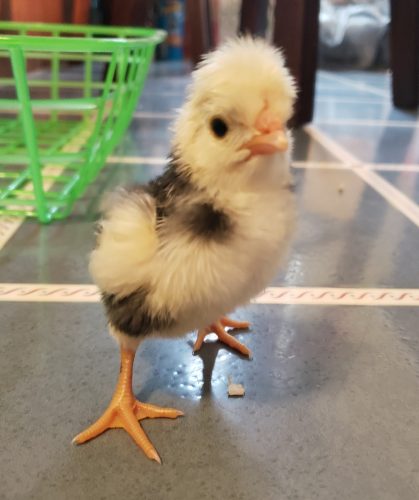 Polish chicks are adorable but flighty and often picked-on.

What will I do with a ‘Roo?
I would be ready to know what I’m going to do if I end up with a rooster. It happens. The first time we got chicks from the feed store, which were supposedly all pullets, we ended up with two cockerels out of a batch of 12.  So think ahead what will happen if you end up with a roo or two by mistake.
Presently, we have a very eclectic flock, comprised of Orpingtons, Lakenvelder, Polish, Araucana, and  Black Copper Marans.  We also have a couple of Leghorns that somebody asked us to take.  They are kind of flighty but they are remarkably good large white egg layers. If you prefer white eggs the Leghorn is very reliable.
Exotic and Dual-Purpose Breeds
One breed that I treated myself to this year was the Isbar. This breed was developed by a Swedish priest, and the Isbar  lays a lightly speckled green egg.  Now my hatching eggs came back in August from a farm down south. I was very pleased with the order itself but the egg color left me a little disappointed. My Araucanas lay a prettier shade of green than the eggs that arrived. So we will just have to see what happens when these ladies start laying.  All Winter they have been holding out on me so I’m hoping Spring and the longer days trigger that pituitary gland.
One breed that checks off all three of my wish list requirements as far as good laying breed, a good meat bird, and a heritage breed is the Holland.  The Holland was bred by a team at Rutgers University and developed to meet a demand for a white egg producer that would also be a favorable meat chicken. Hollands are excellent foragers if permitted to free range. Very sadly, this bird had nearly gone extinct and is currently listed as “critical” on the Livestock Conservancy.
Another more exotic breed that I am going to raise for the first time this year is the Faverolle. Originating in France, this breed is unique with its fifth toe and its beard.  If you check out an image of one, they’ve got mutton chop sideburns…think Captain Kangaroo.  I did read that they are a little more fragile and their roost needs to be lower.  Also, because of their mild manneredness they can be bullied, much like the silkie. 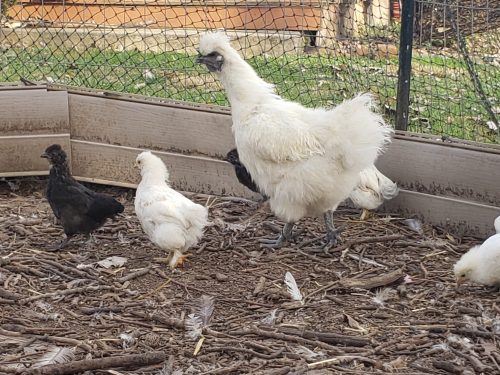 Our silkie was a wonderful mother, but rather dim-witted and predator prone

And finally, we ordered Spitzhauben.  Spitzhauben, also known as the Appenzeller Spitzhauben originated in Switzerland’s Appenzeller district and nearly went extinct after World War II. They were imported into the United States in the 1950s.  Their name comes from their forward sweeping crest feathers that resemble the pointed hood once worn by women of this Swiss region.  They reportedly do not do well in confinement with their very active nature.  Because they are listed as threatened on the livestock conservancy, I had an interest in raising them.
By the way, if you are looking for rare birds or ones that are a little more difficult to find than what your standard hatchery produces, you can go on places like poultryshowcentral.com  or Sand Hill Preservation to connect with breeder.
Which breeds do you favor and which will you avoid? Share your experience here!
Share