Should I let my land go fallow (rest) for a year? 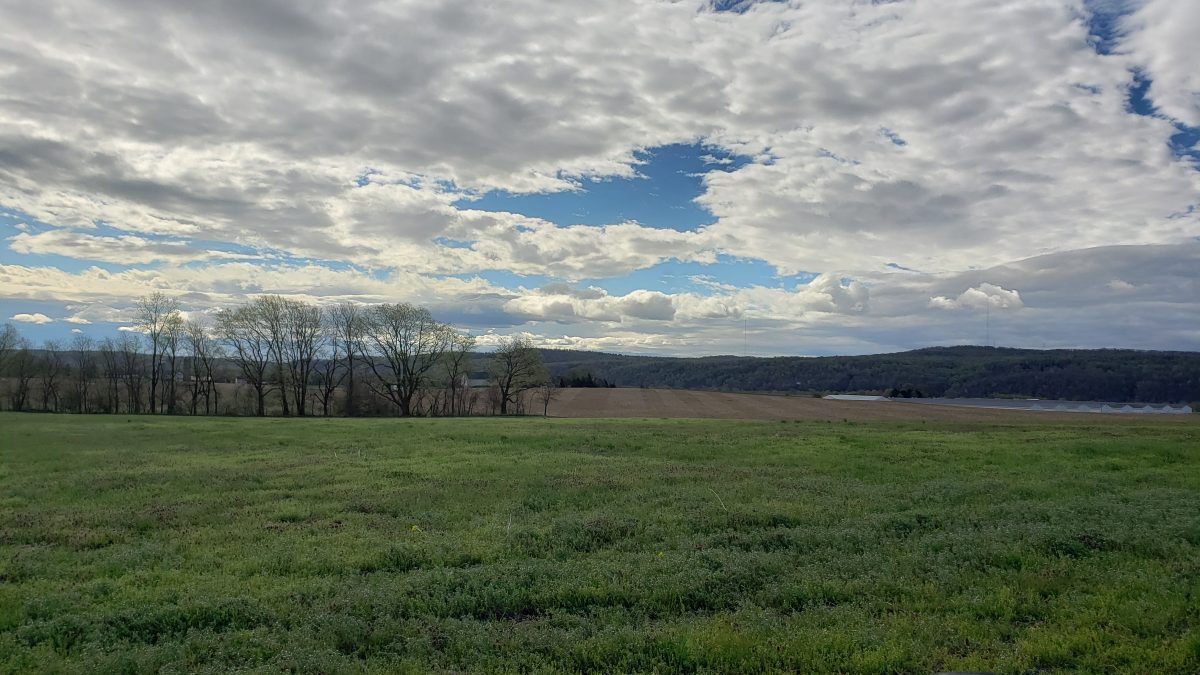 What happens when you let a piece of land rest for a season?

Human beings and even animals need to rest. But what about land?

Does the land need to rest?
If you are a gardener, you know that soil is everything. You can have the best seeds money can buy, but if the soil’s depleted of minerals, you’re going to have a sad time trying to reap that bumper crop.
I’ve read accounts of the old timers letting a field go fallow for a season.  This meant for at least one year they would not grow any crops on it. Often they planted one field and let another lie vacant. It was a way to rest the land.
Where did this practice come from? In scripture, God told the ancient Hebrews, “For 6 years you are to sow your land and gather its produce but in the 7th year you must let it rest and Iie fallow so that the poor among you may eat from the field and the wild animals may consume what they leave. Do the same with your vineyard and olive grove.” (Exodus 23:10-11).
Fallowing the land served a manifold purpose: it was an acknowledgment that the land ultimately belonged to God and that all provision comes from Him.  The year of rest or sabbatical also gave the poorest people in the community access to what was left in the fields. Likewise the fact that animals were allowed to forage the land meant that they were also fertilizing this land.
There was another very practical purpose in letting the land rest for a year. Like so many other instructions God gave to His people, such as washing hands under running water vs. in a bowl of stagnant, there was practical science behind it In the days before anything was known of microorganisms and germs and bacteria.
When land rests, instead of constantly producing, it is given a chance to rejuvenate. The minerals and nutrients that were lost in all the demands of production begin to replenish themselves.
Ignoring the Science?
Various chemists and regenerative farmers have sounded an alarm over the last three decades* that the earth is plunging headlong into a soil quality crisis concerning its arable land. Studies have been done citing a sharp decline in the nutrients in our food thanks to the poor quality of nutrients in the soil. in other words, loss of nutrients and minerals in the ground are translating into this same deficiency in our fruits and vegetables, thus reflecting in our overall health.
To be clear, fallowing land is not crop rotation. While crop rotation can be used to restore depleted nutrients, these are two separate things.
On a positive note, an article from Arizona State University cited a monumental study in which land in Palo Verde, California was let fallow:

“The effects of short-term land fallowing on soil quality and crop growth following the completion of this water transfer had not been studied in the region until recently. A study, funded by UA Technology and Research Initiative Fund, Water Sustainability Program, and conducted by Jeremy Cusimano for his UA master’s thesis, aims to quantify the effects of short-term fallowing on soil quality and agricultural productivity within the Palo Verde Valley. Working with local growers, the PVID, and the University of California Cooperative Extension in Blythe, the study examined differences in soil fertility, microbial communities, and crop growth and development between fallowed sites and cultivated sites throughout the Palo Verde Valley.

For the study, composite soil samples were systematically taken from numerous fallow and arable fields throughout the Valley. Soil samples were analyzed for plant-available nutrients, salt content and organic matter; while analyses of microbial functionality and diversity provided insight into biological shifts in the soils. The same fields were then planted in the fall with broccoli, which was used to compare the effects of fallowing on plant growth. Results revealed significant differences between fallow and arable fields in the Palo Verde Valley.

The study found that short-term fallowing had increased the quantity of carbon, or soil organic matter, and nitrogen,…the project also revealed that microbial communities in fallowed soils had significantly greater microbial diversity and functionality, indicating that microorganisms had benefitted from the period of rest. Such increased microbial diversity can lead to improved nutrient cycling and concomitant benefits to crop production. Lastly, improvements in soil quality associated with fallowing enhanced the growth and production of the fall broccoli crop. Marketable yield and total plant biomass were both significantly higher after fallowing, with fallowed fields producing on average an additional 30 cartons of broccoli per acre when compared with fields that had been continuously farmed.”

A nudge to fallow

We have only been at our current Homestead a little over 4 years, But last summer I began contemplating whether we should let our 12 acre field go fallow.  It was used before we moved in for field corn, And now that we live here a good friend of ours farms it. There is already a crop rotation of corn and soybeans and wheat. But I began to get this nudge that we should just let the land rest for a season.
Now this was not an easy decision to bring up. First of all, it is a good friend who farms the land and not having a crop on it affects his production and income.  Not having a crop also means we don’t get that income to put toward property taxes. The third piece of the challenge is that we were warned by another relative who is a farmer that if we let it go fallow we will have a mess of weeds in there. He said we should at least plant a cover crop. Yet another difficulty in this decision is the fact that I love seeing the corn go up. And in late summer and fall we have a beautiful Hedge of gorgeous green corn all around our farm.
And still another friend suggested we let half the field go fallow and use the remaining half.
I acknowledge the wisdom In all of this counsel.   But for me personally in this situation of the 12 acre field, My emerging sense is that we are to let the entire field go fallow, No cover crop or anything else that Places a demand on the soil.
Just this past week as I turned my attention again toward the reality of no spring planting in our largest field,  I realized that this year, which is the Hebrew year 5782,  Is a shmita year, or sabbatical year.  Some Israeli farmers are going to be practicing fallowing of their orchards and fields and vineyards.
Now I had no clue that this year was a year of rest according to the Jewish calendar. There was no collusion in my planning this period but I find it interesting that coinciding coinciding of the nudging I am feeling and discovering the significance of this sabbatical year.
Then, I found an article in which certain farmers were interviewed, and a Dr. Joshua Klein,  Who is in the Israeli ministry of agriculture, Talks about the scientific advantages of letting the land rest. he has personally seen diseases which damage and infect plants wiped out.. But there is another advantage that science cannot prove.. Dr. Klein says “I do not understand the reason, but wine from the grape harvest of schmita has been a superior vintage in 4 out of the 5 shmitas I have been in Israel.”
Now please don’t hear what I’m not saying.
I am not, as a gentile homesteader, taking on the responsibility to follow all the directives of theTorah! Nor am I advocating a certain precise way to do this. What I’m saying is, is that I sensed a nudge way back almost a year ago to let our land rest, having no prior experience in this. And after I made the decision, my education was back-filled with all this fascinating evidence of the benefits of fallowing land.
So, we are going to let our largest field go fallow for one year. And we are going to see what happens. Now, I am going to continue to plant out my smaller garden and my beds and my containers this year.
And I am curious all the implications for the soil, for future harvests, and for this continuing education of chemistry in minerals and in microbes and land stewardship.
This is a topic I’d love to see a lot more research surrounding. If you have direct experience in fallowing, we’d love to hear your insights as well.  Please comment below.
Happy Homesteading!

What is Soil Deterioration

*”An open letter by Cheryl Long (1999), the Senior Editor of Organic Gardening (Rodale Press), addressed to USDA Secretary Dan Glickman asked this very question. According to two studies mentioned in the letter, the vitamin and mineral content of American and British food appear to be declining. One study, titled “Nutrition Under Siege” (Jack, 1998), examined data published by the USDA ARS Nutrient Data Laboratory and concluded that a comparison of the data “show(s) a sharp decline in minerals, vitamins and other nutrients in many foods since the last comprehensive survey published over twenty years ago”, which was attributed to “a steady deterioration in soil, air, and water quality”. In a similar study (Mayer, 1997), Anne-Marie Mayer compared British data over a fifty year period and noted “significant reductions” in the levels of minerals in fruit and vegetables and questioned if modern agriculture could be responsible for the reduction. Long’s letter to the USDA expressed concern that these stated declines “may well be a result of the ‘mining’ of our nation’s soil fertility by intensive chemically based agriculture”.

“Soil structure is the arrangement of solid parts and pore parts within the soil. Soil structure has a major influence on water and air movement, biological activity, and seedling emergence. Soil is a complex system that is affected by several environmental factors, like erosion, deforestation, and urbanization. Without interference, the total loss of soil structure leads to nutrient depletion.”

Mineral Deficiencies. What Is Your Soil Missing?

The Sabbatical year, why the land must lie fallow